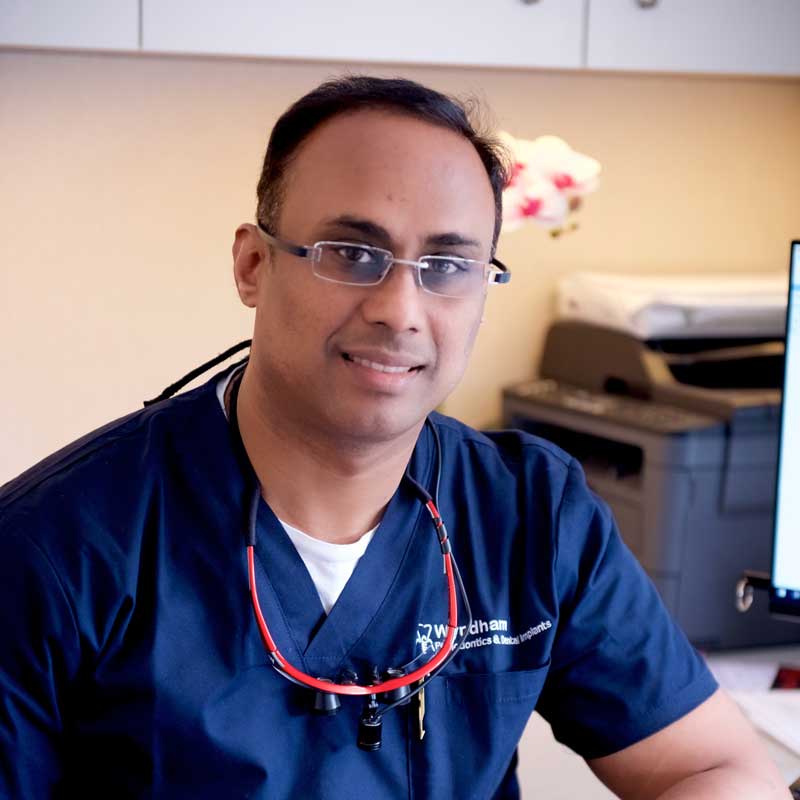 Dr Movva completed Master of Dental Surgery (Periodontics) from the University of Hong Kong in 2004 and in 2008 completed a fellowship in Royal Australian College of Dental Surgeons in the specialist stream of Periodontics (FRACDS, Perio). His research at the University of Hong Kong focused on Health Behaviour, Metabolic Control and Periodontal Status in Type-2 Diabetes Mellitus patients, and was subsequently published in Annals of Royal Australian college of Dental Surgeons in 2008 and in 2014 was published in the Journal of Dental Science. Since 2008 he has worked in private practices in Melbourne and Geelong, and has worked as a Clinical Lecturer in the Periodontal Department at University of Hong Kong, Westmead Dental Hospital, Sydney and Melbourne Dental School. Currently, Dr Movva maintains specialist periodontal practices in both Werribee and Geelong.

Dr Movva was a clinical lecturer at Melbourne Dental School, teaching postgraduates in Periodontology. He is the immediate past president of the Australian Society of Periodontology (Victoria Branch) and Director for Melbourne West International Team of Implantology (ITI) study club.